Skellig Michael (Irish: Sceilig Mhichíl), also called Great Skellig (Irish: Sceilig Mhór), is the larger of the two Skellig Islands, 11.6 kilometres west of the Iveragh peninsula, along the Wild Atlantic Way in County Kerry, Ireland. A Christian monastery was founded on the island at some point between the 6th and 8th century and remained continuously occupied until it was abandoned in the late 12th century. The remains of the monastery, and most of the island, became a UNESCO World Heritage Site in 1996.Photo:Valerie O'Sullivan 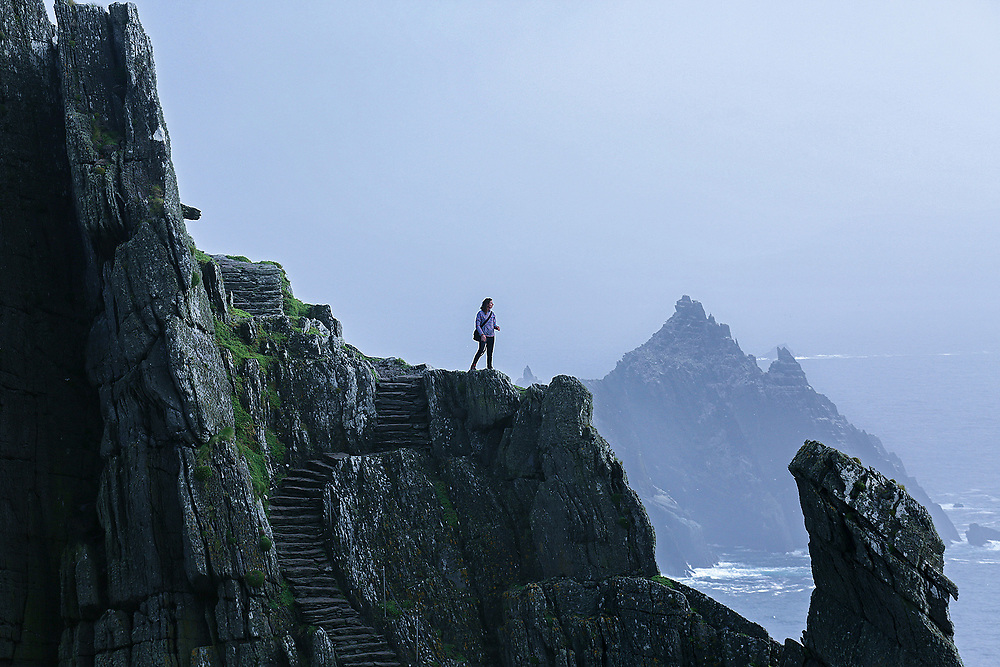